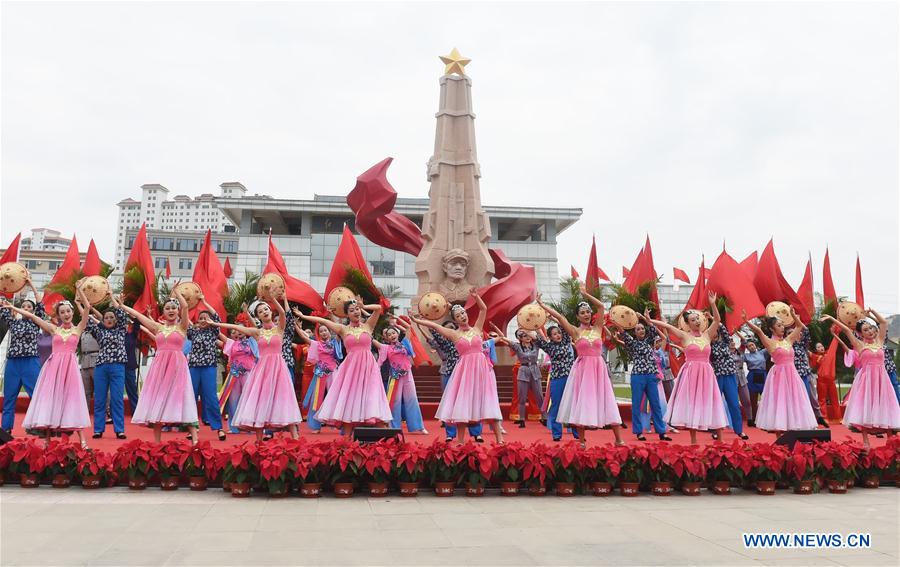 Artists perform during an event marking the conclusion of an activity that took journalists to retrace the route of the Long March, in Huining, northwest China's Gansu Province, Aug. 18, 2019. The activity, held from June 11 to Aug. 18, was aimed at paying tribute to the revolutionary martyrs and passing on the traditions of revolution. The Long March was a military maneuver carried out by the Chinese Workers' and Peasants' Red Army from 1934 to 1936. During this period, they left their bases and marched through rivers, mountains and arid grassland to break the siege of Kuomintang forces and continue to fight Japanese aggressors. Many marched as far as 12,500 km. (Xinhua photo/Luo Xiaoguang)